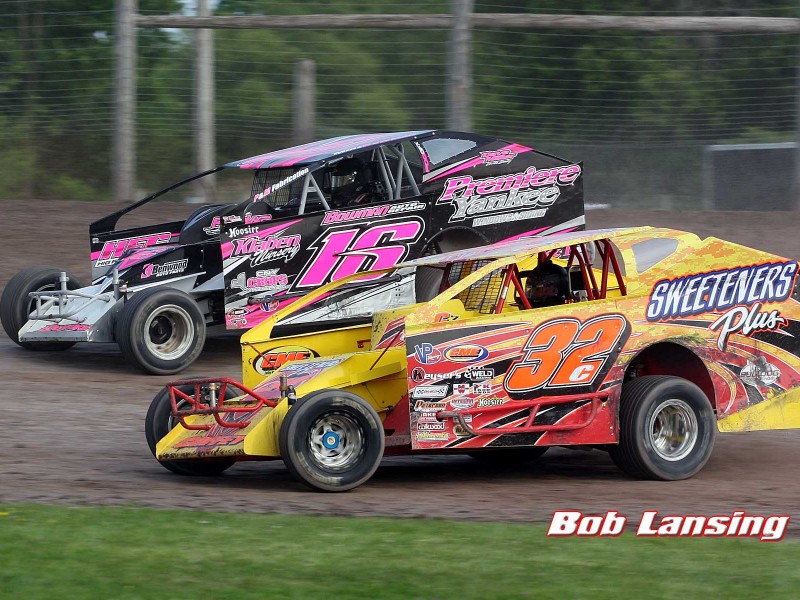 In honor of those who are at risk on regular basis to preserve and protect us during our daily routine, Utica-Rome Speedway will admit police officers, fire fighters, and correctional officers to the grandstands for FREE! All that is needed, for current or retired police officers, fire fighters, and correctional officers is proper identification proving your service. This also includes the local volunteer fire fighters. Utica-Rome Speedway would thank the above mentioned for their public service and their contributions to the community.

While Matt Sheppard has taken the lion’s share of the headlines in recent weeks with his two straight wins, including the $10,000 to win Victoria 200, it is Pat Ward who currently leads the Stampede Steakhouse Modified point standings in pursuit of the $13,000 track title. Ward has six top five finishes, and seven top 10’s, in the seven point events completed so far which has put him atop the standings by a mere five points. Sheppard has collected three point wins, four overall, including the win this past Sunday to put himself in the runner-up spot. Ward’s young teammate, Larry Wight is third in the rankings ahead of Mike Mahaney, Tim Fuller, Vic Coffey, Erick Rudolph, Stewart Friesen, Mike Bowman, and Matt Hulsizer. Besides, Sheppard’s four wins, Wight, Mahaney, Fuller, and Friesen have all graced victory lane once so far this season. In New York State NASCAR Whelen All-American Series standings, Ward is the current leader with Sheppard close behind. Wight, Mahaney, Fuller, Coffey, Rudolph, and Friesen also hold spots in the top 20 of the NY standings.

While Rocky Warner has dominated victory lane in the 602 Sportsman division by winning four of the seven events competed, he holds just a three point advantage over fellow competitor Matt Janczuk. Cody Clark is only nine points back of the lead as he is third in the standings with AJ Filbeck, Alan Fink, Glenn Forward, Nick Krause, Daryl Nutting, Kyle Kiehn, and Connor Cleveland trailing. Other feature winners include Filbeck, Cleveland, and Eric Giguere.

The battle for the Open Sportsman title has been back and forth battle so far this season between Steve Way and Claude Hutchings Jr., with the duo swapping the top spot several times. Going into this weekend’s event, they are now tied atop the standings over Jack Miller, Randy Shantel, Heath Carney, defending champion Jeremy Vunk, Mike Richmond, Tom Tophoven, Craig Pop, and Lucas Heintz. Hutchings leads in the win column with two wins while Way, Shantel, Carney, and Vunk have one each.

As a special treat for the weekly Kids Club, Tim and Tom Sestito will be on hand for autographs. The brothers, from nearby Rome, are local Pro Hockey players who have spent time in both in the AHL and NHL. Tim is currently with New Jersey Devil organization and finished this past season with the Albany Devils. Tom finished the season as a free agent after a short stint with the Utica Comets.

Gates open this Sunday at 3:30 p.m. with racing starting at 6 p.m. Kids 16 and under are free with adult grandstand admission $13. Students, senior citizens, and military admission is just $10.

For more information, please log on to www.uticaromespeedway.com or call the speedway office at (315)829-4557. “The Action Track of the East” is located on Route 5, just east of the Village of Vernon and just minutes from the New York State Thruway.