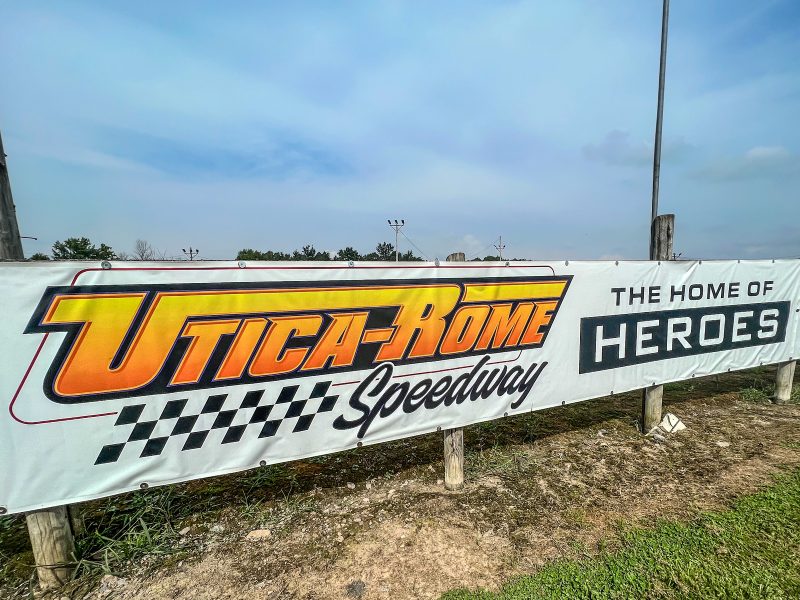 VERNON, NY – A trio of historic dirt tracks in the Northeast will join the NASCAR Advance Auto Parts Weekly Series for the upcoming 2023 season.

Delaware’s Georgetown Speedway and New York’s Utica-Rome and Fonda Speedways, which are operated by promoter Brett Deyo, are the latest facilities to become NASCAR sanctioned.

“I’ve been looking at the option (to sanction with NASCAR) for the past couple of years,” said Deyo. “For Fonda and Utica-Rome, we have the same core racers that run both nights, Friday night at Utica-Rome and Saturday night at Fonda. It gives them an opportunity to run for a state championship, the regional championship and the national championship.

“From the Georgetown perspective, there is more growth here. We have a more ambitious schedule then we’ve run (recently). We’ve been a part-time track since 2016. We’re still not weekly at Georgetown, but we are racing more than we have in the past.”

Georgetown Speedway, located in Georgetown, Delaware, was constructed in 1949 by businessman Melvin L. Joseph. The track will host races on Thursday and Friday nights this year in addition to special events.

Major events on the 2023 calendar at Georgetown include the 12k for 12k Gary Simpson Memorial (July 21) and the Mid-Atlantic Championship (Oct. 27-28). Georgetown will open its season April 7.

Utica-Rome Speedway, located in Vernon, New York, was built in 1961 by Joe Lesik as a quarter-mile asphalt oval before being transformed into a dirt track in 1979. Known as the ‘Home of Heroes,’ Utica-Rome will host weekly racing on Fridays throughout the upcoming season.

Some of auto racing’s best have won track championships at Utica-Rome. They include Richie Evans, who won four titles during Utica-Rome’s asphalt era, and current NASCAR Craftsman Truck Series competitor Stewart Friesen, who is a seven-time track champion.

Major events at the half-mile dirt oval in 2023 include the Richie Evans Remembered 61 (July 20) and the New Yorker (Sept. 3). The season opener at Utica-Rome is scheduled for April 21.

Fonda Speedway, located in Fonda, New York, opened in 1953 and continues to operate today as a half-mile dirt oval. Dubbed ‘The Track of Champions,’ Fonda played host to four NASCAR Cup Series races in the 1950s and 1960s. Those events, known as the Fonda 200, were won by Junior Johnson, David Pearson and Richard Petty. NASCAR last sanctioned Utica-Rome Speedway in 2016.

The track will host weekly racing on Saturdays throughout the summer. Major events include the season opening Jack Johnson Memorial Montgomery County Open (April 22) as well as the $53,000-to-win Fonda 200 (Sept. 14-16).

Modifieds will be the headlining class at the trio of tracks in 2023. Ryan Godown (Georgetown), Matt Sheppard (Utica-Rome) and Matt DeLorenzo (Fonda) are the defending Modified track champions at each venue.

For Deyo, giving competitors at his three tracks the chance to earn more money and the chance to race for state, regional and national championships made joining the NASCAR Advance Auto Parts Weekly Series a much easier decision.

“It opens up a whole other earning potential for our racers and that really got me excited because we’re always trying to give them the most opportunities to make money as we can,” said Deyo. “I felt like the NASCAR program gives them that opportunity without having to do anything different than they were already doing.

“It’s a great opportunity. We pride ourselves on paying well at our tracks. Anytime you can give them an opportunity to race for more money, it’s a good thing. Not to mention the exposure that comes with it, the honor of being a NASCAR champion. Especially during the 75th season, there is just a lot of hype that goes along with it.”