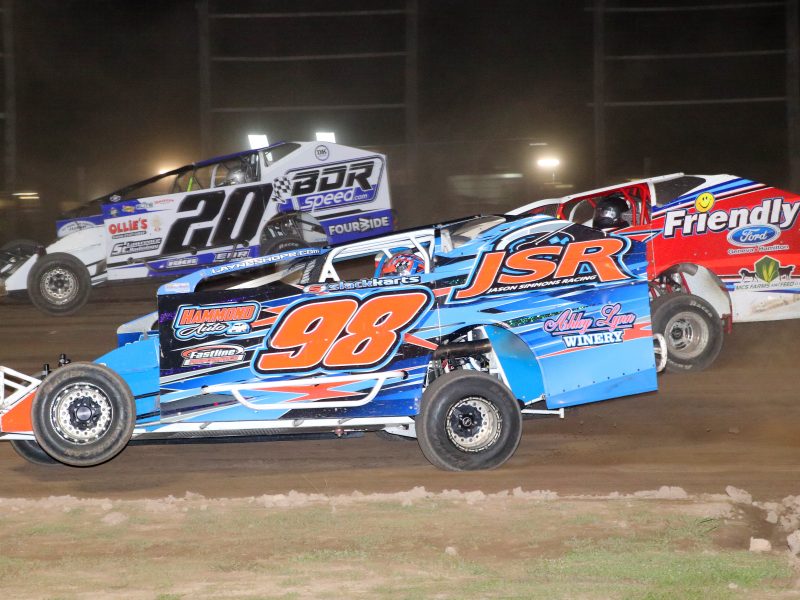 Utica-Rome Speedway is set for a huge weekend of racing at the Route 5 oval.

First up, Friday (Sept. 2) is ‘Championship Night’ at the ‘Home of Heroes.’

Champions will be crowned for the 2022 season with the Sunoco Modifieds, Worthington Industries Crate 602 Sportsman, Next Generation Graphix Pro Stocks, Fastline Performance Limited Sportsman, and the Fonda Fair Four Cylinders.

The Senior Services Inc. All-Star Slingshots and D&S Landscaping Junior Slingshots will compete for the final time as well on the inner-oval and crown champions.

Two days later (Sept. 4), the Bob Hilbert Sportswear Short Track Super Series (STSS) Fueled By Sunoco returns to the ‘Home of Heroes’ for the second and final time of the season.

This time, the reward is a cool $25,000 to the winner of the F.X. Caprara Car Companies ‘New Yorker 50’ for the STSS big-block/small-block Modifieds. A total purse of more than $80,000 is on the line for the 29th running of the historic event.

Savannah, N.Y.’s Matt Sheppard – Utica-Rome Speedway’s most dominant Sunoco Modified driver – has clinched the Modified championship on the back of his 10-win season.

Durhamville, N.Y.’s Matt Janczuk leads the way by a comfortable margin heading into championship night with the Worthington Industries Crate 602 Sportsman. On the strength of nine consecutive wins, Janczuk has surged to a 36-point advantage over Gilbertsville, N.Y.’s Payton Talbot.

The Next Generation Graphix Pro Stocks feature one of the closer championship battles, with Grand Gorge, N.Y.’s Beau Ballard leading Fort Johnson, N.Y.’s Josh Coonradt by 22 points. The duo has each been victorious on six occasions this season.

Seth Martin has surged to a 44-point advantage over Zack Welch with the Fastline Performance Limited Sportsman heading into championship night. Martin just needs to take the green flag in Friday night’s feature to claim the championship.

The Fonda Fair Four Cylinders feature the tightest championship battle of any division on the half-mile, with Matt Bukovan holding an 18-point lead ahead of David DeNova for the Dual Cam Championship. Hunter Tarbania has secured the Single Cam championship after last week’s victory.

Blake Banek has a firm grip on the D&S Landscaping Junior Slingshot point lead, heading the class by 32 markers over the defending champion Corky Warner.

Pit Admission is $40 for Utica-Rome Speedway members and $45 for non-members.

The entire weekend of racing will air live and on-demand on FloRacing (www.floracing.tv).