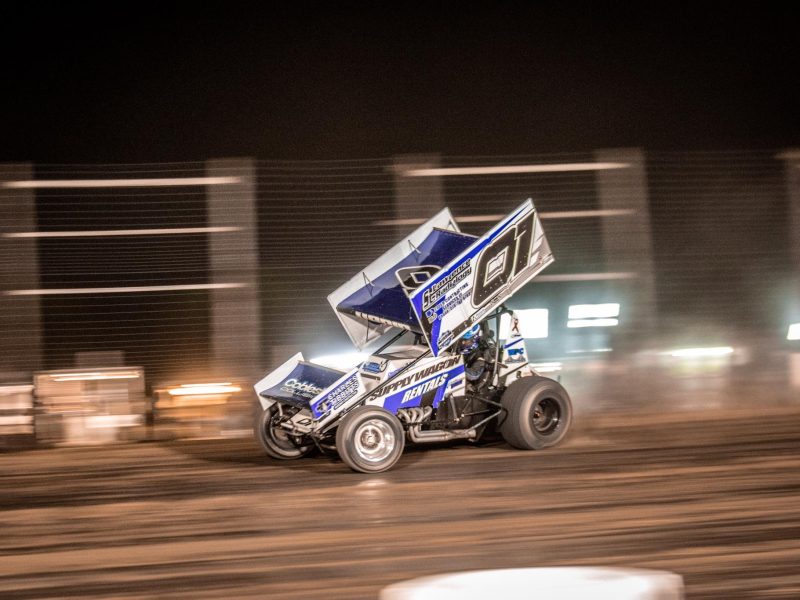 Utica-Rome Speedway returns to racing in a big way on Saturday, August 20 as the Tezos All-Star Circuit of Champions (ASCoC) presented By Mobil 1 invades the Route 5 oval for the first time in more than three years.

The event is presented by Broedel Fuel Group and International Wire.

The visit by the ASCoC marks the fourth time in history that 410 Sprint Cars have competed at Utica-Rome Speedway, with each of the previous three also falling under ASCoC sanctioning.

Indianapolis, Ind.’s Tyler Courtney leads the ASCoC contingent into their visit to the half-mile oval. The man known as ‘Sunshine’ holds a 106-point advantage in the ASCoC standings entering New York State.

The best of the ASCoC will be joined by Fonda, N.Y.’s Danny Varin, Cicero, N.Y.’s Paulie Colagiovanni and Gettysburg, Pa.’s Danny Dietrich.

The F.X. Caprara Car Companies ‘Thunder on the Thruway’ (TOTT) Series will conclude on Saturday as well for the Sunoco Modifieds, Worthington Industries Crate 602 Sportsman, and the Next Generation GraphiX Pro Stocks.

Johnstown, N.Y.’s Rocky Warner rounds out the top three, still in contention for the championship, sitting 32 markers behind Yankowski atop the Modified standings.

Stone has won each of the two TOTT races at Utica-Rome Speedway this season.

Pit Admission is $35 for Utica-Rome Speedway members and $40 for non-members.

All Star Enterprises LLC, wholly owned by Tony Stewart, d/b/a the All-Star Circuit of Champions, is a winged Sprint Car series. The All-Star Circuit of Champions Sprint Car Series is one of the oldest traveling 410 Sprint Car organizations and is a staple of grassroots, open-wheel racing. Formed in 1970 by Bud Miller, the series has largely been considered the first ‘outlaw’ Sprint Car organization of the modern era. Motorsports entrepreneur Tony Stewart agreed to terms with Guy Webb to become the sole owner of the original winged Sprint Car tour in January of 2015.