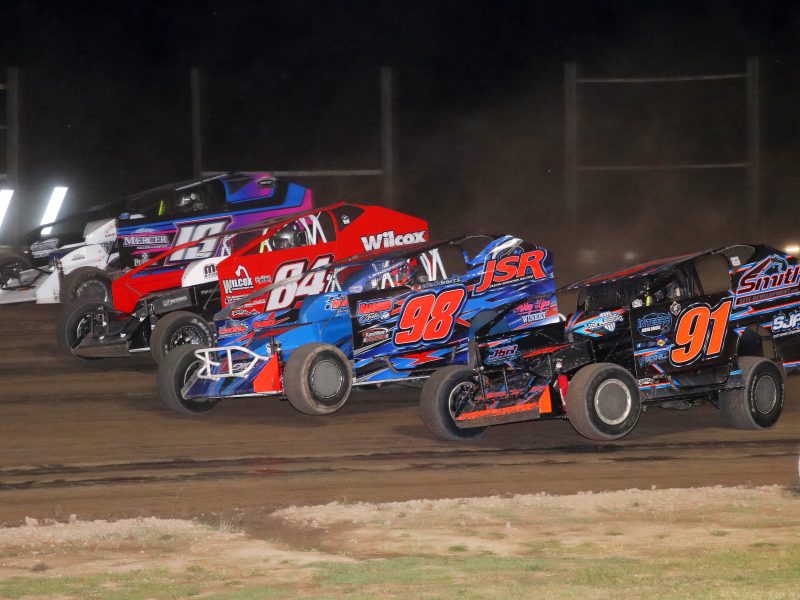 Friday night’s Sunoco Modified winner takes home a $3,500 check at the end of the 30-lap affair.

Savannah, N.Y.’s Matt Sheppard has been the man to beat in Sunoco Modified competition having won three features in a row and nine overall for the season.

Joining the Friday night contingent will be one of the hottest drivers in Modified racing to chase the $3,500 payday.

Ringoes, N.J.’s Ryan Godown will invade the ‘Home of Heroes’ on Friday to begin his preparation for the Bob Hilbert Sportswear Short Track Super Series (STSS) Fueled By Sunoco invasion on September 4.

The STSS visit on Labor Day weekend will pay a whopping $25,000 to the winner of the 50-lap affair. Godown currently leads the Halmar International ‘Elite’ Series standings heading into the ‘New Yorker’ at the Route 5 half-mile oval.

The Senior Services Inc. All-Star Slingshots and D&S Landscaping Junior Slingshots will also be in action on the inner oval.

Durhamville, N.Y.’s Matt Janczuk has surged into a 26-point lead in the Worthington Industries Crate 602 Sportsman division with seven consecutive wins to his credit.

Grand Gorge, N.Y.’s Beau Ballard continues to lead the Next Generation Graphix Pro Stocks standings, just as he has all season. Ballard leads by 38 points over Bret Belden and Jay Corbin who sit in a tie for the runner-up spot.

Matt Bukovan continues to lead the Fonda Fair Four Cylinders standings. Bukovan’s lead did shrink to 14-points after David DeNova claimed his first win of the season, bringing him that much closer to Bukovan atop the standings.

Blake Banek – just like Putnam – has three wins to his credit and leads by 26 markers in the D&S Landscaping Junior Slingshot division.