All-Stars Are Coming: Saturday, August 20 Brings the All Star Circuit of Champions to Utica-Rome 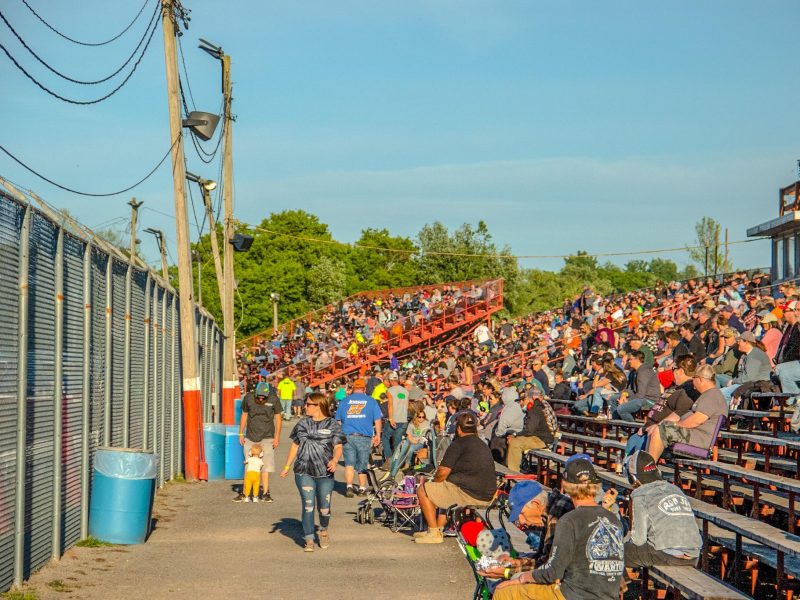 VERNON, NY – The All-Stars are coming.

Utica-Rome Speedway is less than three weeks away from hosting the Tezos All-Star Circuit of Champions 410 Sprint Cars (ASCoC) Presented By Mobil 1.

The stars of the national touring 410 Sprint Car division visit the ‘Home of Heroes’ on Saturday, August 20.

Broedel Energy presents the fourth-ever appearance by the ASCoC and the first since July of 2019. Aaron Reutzel was victorious in the 2019 visit, besting Tony Stewart, and Justin Peck for the win.

The ASCoC has appeared on the schedule on five occasions at Utica-Rome Speedway, with the events in 2011 and 2018 falling by the wayside due to rain. The three visits by the ASCoC are the only three 410 Sprint Car races in Utica-Rome Speedway history.

The inaugural ASCoC visit occurred in 2010, when Fred Rahmer outgunned Tim Shaffer and Greg Wilson to claim the first ever 410 Sprint Car feature at Utica-Rome.

The ‘Steel City Outlaw’ Tim Shaffer, was victorious in 2012, avenging his runner-up finish two years prior. Current Modified regular at Utica-Rome Speedway, Jessica Friesen, was the runner-up, and Stevie Smith rounded out the top three.

The 410 Sprint Cars make their only appearance on the half-mile oval in 2022, headlining the Saturday night thriller.

Also on tap for the August 20 affair is the conclusion of the F.X. Caprara Car Companies Thunder on the Thruway Series.

The six-race mini-series concludes as the Sunoco Modifieds race for 30-laps around the ‘Home of Heroes’ in pursuit of a $4,000 top prize.

The Worthington Industries Crate 602 Sportsman and Next Generation GraphiX Pro Stocks are also on the docket for the evening, concluding their portion of the Thunder on the Thruway Series as well.

The entire night of racing, along with every STSS race in 2022, will be broadcast LIVE on FloRacing (www.floracing.tv).

All Star Enterprises LLC, wholly owned by Tony Stewart, d/b/a the All-Star Circuit of Champions, is a winged Sprint Car series. The All-Star Circuit of Champions Sprint Car Series is one of the oldest traveling 410 Sprint Car organizations and is a staple of grassroots, open-wheel racing. Formed in 1970 by Bud Miller, the series has largely been considered the first ‘outlaw’ Sprint Car organization of the modern era. Motorsports entrepreneur Tony Stewart agreed to terms with Guy Webb to become the sole owner of the original winged Sprint Car tour in January of 2015.