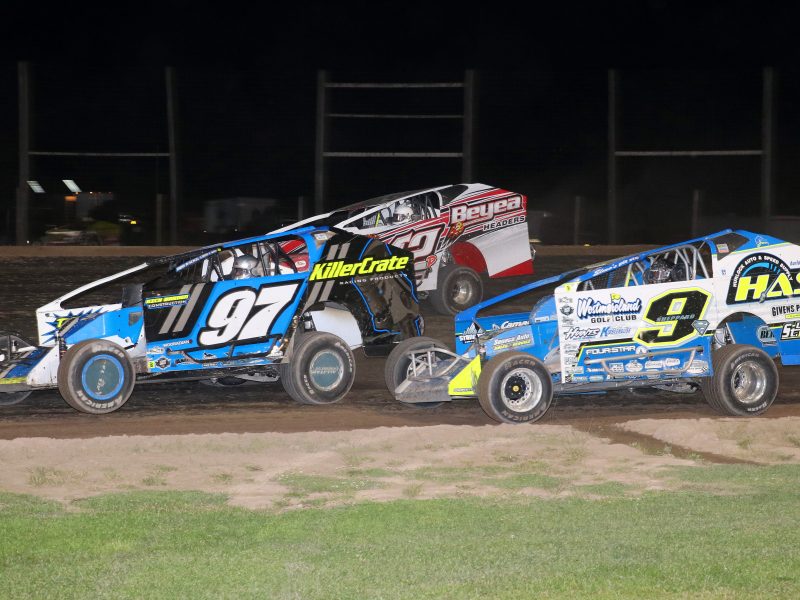 The Modifieds will race in two 20-lap features, with the winner of each 20-lap main receiving a $1,500 payday.

The Senior Services Inc. All-Star Slingshots and D&S Landscaping Junior Slingshots will also return to the Friday night program on the inner oval.

Schenectady, N.Y.’s Nick Stone claimed his second Utica-Rome Speedway victory in as many tries with the Next Generation Graphix Pro Stocks in 2022.

Stone bested two-time winner Josh Coonradt and Kenny Gates for the win. Grand Gorge, N.Y.’s Beau Ballard continues to lead the standings on the strength of four wins by 30 markers over Bret Belden.

Corey Valade (DOHC) and Justin Pope (SOHC) claimed the Fonda Fair Four Cylinder victories to round out the night. Matt Bukovan continues to lead the standings however by just 12 points over David DeNova.

The Slingshots return to the inner oval for the first time in nearly a month, when Scott Sprague (All-Star Slingshots) and Blake Banek (Junior Slingshots) were victorious.