Race Week: Utica-Rome Fires Back into Action Friday, May 27 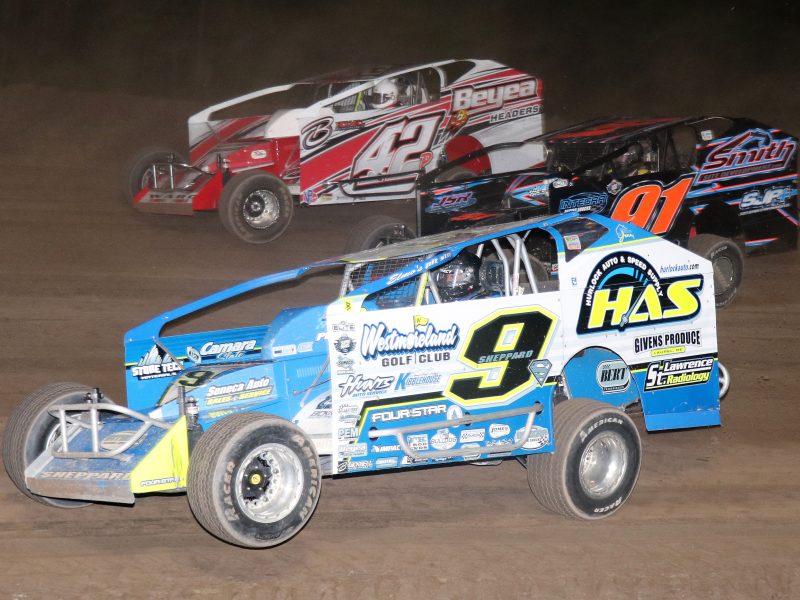 For the first time in the 2022 season, the Mohawk Valley Vintage Dirt Modified Series (MVVDMS) is set to tackle Utica-Rome Speedway this Friday, May 27.

Last Friday night, Savannah, N.Y.’s Matt Sheppard was unseated for the first time in Sunoco Modified competition. Covington Township, Pa.’s Alex Yankowski claimed his first career Utica-Rome Speedway triumph. The historic victory made Yankowski the youngest winner in Modified competition at the history of the ‘Home of Heroes’ and vaulted the 17-year-old into a tie for second in the championship standings.

Sheppard’s dominant start, however, has him at the top of the standings, 58 markers beyond Yankowski and Unadilla, N.Y.’s Billy Decker.

The Worthington Industries Crate 602 Sportsman saw a first-time winner, as Dolgeville, N.Y.’s Dave Richer claimed the $1,500 winners’ share. Richer held off Durhamville, N.Y.’s Matt Janczuk for the victory in the waning laps. Janczuk’s 27th-to-second charge was good enough to give him the lead in the Crate 602 Sportsman championship charge. Rome, N.Y.’s Chris Mackey rounds out the top three after a fourth-place finish on Friday night.

The Next Generation Graphix Pro Stocks put on the race of the night this past Friday, as Jay Corbin passed Jason Morrison on the final lap for the win. Corbin became the first driver to knock off point-leader Beau Ballard, who came home a close third. Corbin’s win put him in the runner-up spot in points, with Bret Belden and Josh Coonradt tied for third.