Race Week: Utica-Rome Speedway Back in Action This Friday (May 20) 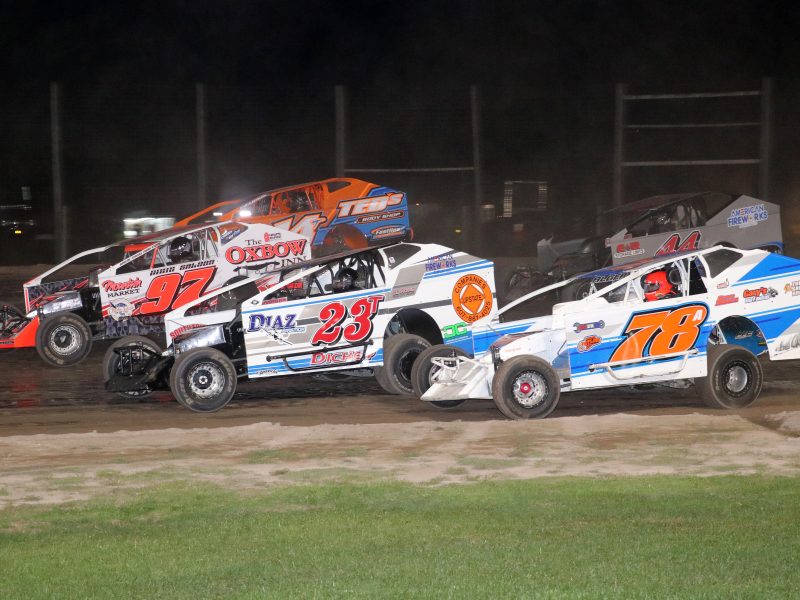 This Friday (May 20) racing resumes at Utica-Rome Speedway with another action-packed night.

Joining the Modifieds will be the Worthington Industries Crate 602 Sportsman – who will race for 30 laps and a $1,500 top prize. The Next Generation Graphix Pro Stocks, Fastline Performance Limited Sportsman, and Fonda Fair Four Cylinders are all part of the program on the half-mile.

The inner-oval fires back to life this week as well, as the Senior Services Inc. All-Star Slingshots and D&S Landscaping Junior Slingshots return.

Defending Next Generation Graphix Pro Stocks champion Beau Ballard has followed in Sheppard’s footsteps, winning each of the first three features to open 2022 as well. The Grand Gorge, N.Y. native’s dominance has built him a 24-point advantage over Bret Belden and 16 markers ahead of Jay Corbin and Jason Morrison, who are tied for third.

Matt Backus became the third different Fastline Performance Limited Sportsman feature winner in as many weeks, picking up first career win this past Friday night. The win gave Backus a 10-point advantage over Seth Martin and a 14-point lead over Alex Hughes.

The Fonda Fair Four Cylinders continue their season of parity, as Matt Bukovan claimed his first win of the season, while Jacob Kimball was the highest-finishing Single Cam finisher the second week in a row. Kimball’s two-week stretch has awarded him a 12-point lead over Bukovan and David Denova, last week’s runner-up.

Chris Darrow (All-Star Slingshots) and Blake Banek (Junior Slingshots) each won their season-opening races a couple of weeks ago on the inner oval at the ‘Home of Heroes.’ The pair leads their respective divisions heading into their second week of action on the 2022 campaign.