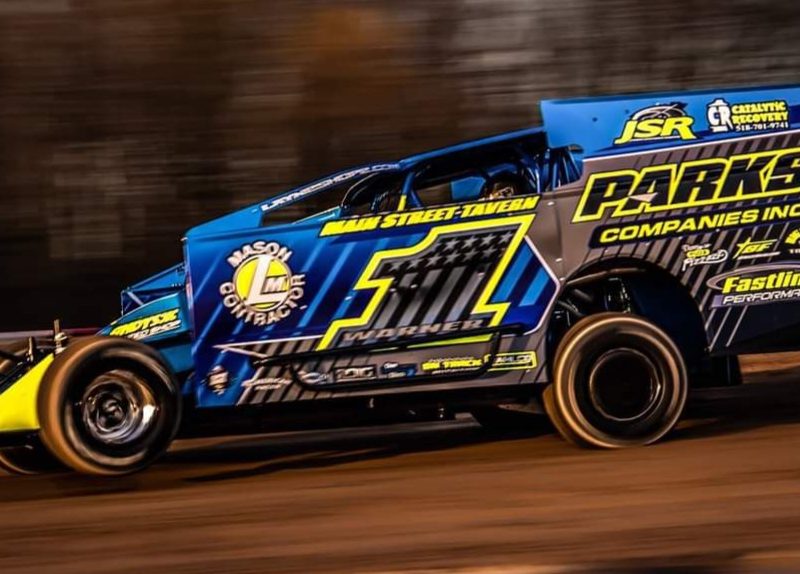 A total of 66 cars across eight different divisions took part in the open practice, racing on a smooth and fast half-mile speedway. After precipitation fell both Tuesday and Thursday, racers were met with ideal conditions.

The all-new LED lighting was met with rave reviews from both competitors and the fans who attended the test and tune.

Eight Sunoco Modifieds signed in, with Gloversville, N.Y.’s Rocky Warner setting the quickest time in his brand-new Tadd Parks-owned No. 1 machine with a time of 17.950. Warner had sail panels strapped to the side of his racecar in preparation for tonight’s Jack Johnson Memorial at Fonda (N.Y.) Speedway.

Ransomville, N.Y.’s Erick Rudolph was the fastest modified without sail panels, going around the ‘Home of Heroes’ at a 17.967 clip. Both Warner and Rudolph were less than one-tenth of a second from Matt Sheppard’s 17.922 track record.

Twenty-four Worthington Industries Crate 602 Sportsman checked into the pit area. Defending champion Matt Janczuk was the fastest in all three of the four sessions. Sherburne, N.Y.’s Mike Grover turned the quickest lap in third session, the only driver to top Janczuk.

Nine Slingshots took part in practice on the one-sixth mile inner oval, six of which being Junior Slingshots and three being Senior Services Inc. All-Star Slingshots.

Racing begins on Friday, April 29, racing begins for the 2022 season at Utica-Rome Speedway in the ‘Honoring Alex’ Season Opener. The Sunoco Modifieds race for a $6,800 top-prize in honor of Alex Friesen.

Pit admission is $30 for speedway members and $35 for non-members.

The Modifieds will be joined by the Worthington Industries Crate 602 Sportsman, Next Generation Graphix Pro Stocks, Fastline Performance Limited Sportsman, and the Fonda Fair Four Cylinders to open the 2022 race season.

All ’22 Utica-Rome Speedway events will be broadcast live on FloRacing (www.floracing.tv).