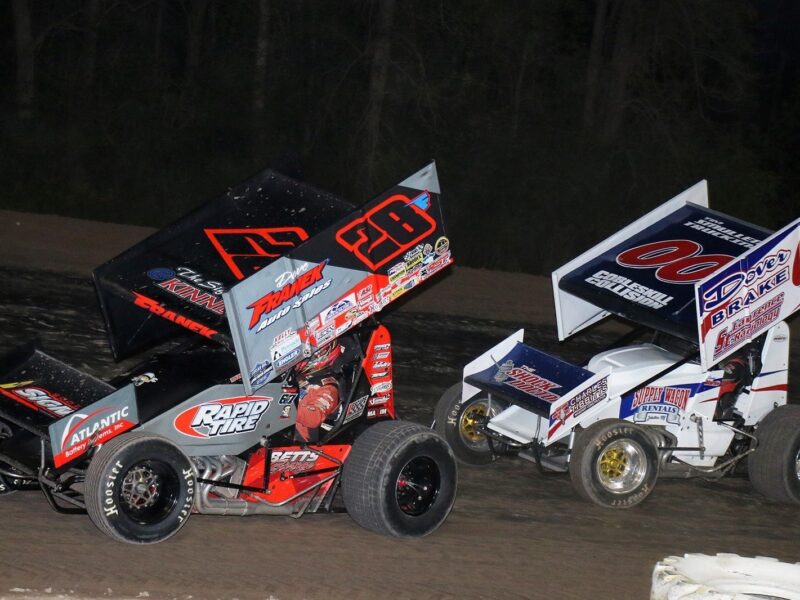 For the first time since 2019, the ‘Cole Cup’ marquee 360 Sprint Car event is back at Utica-Rome Speedway on Tuesday, October 5. The event takes place during the ‘Modern Day Outlaw’ program to bring down the curtain on Utica-Rome Speedway’s 2021 season.

The stars of the Patriot Sprint Tour (PST) return to action chasing after the sixth running of the ‘Cole Cup.’

The Cole Cup came about to recognize longtime owner and promoter of the ‘Home of Heroes’ Gene Cole.

The ‘Cole Cup’ has appeared on the Utica-Rome schedule every year since its inception in 2013. However, the 2015 and 2018 editions were cancelled due to rain, and the 2020 running fell to COVID-19 restrictions.

Stewart Friesen won the first two editions of the ‘Cole Cup,’ back in 2013 and 2014. The Sprakers, N.Y., native has not competed in the annual event since his 2014 triumph.

Jason Barney leads the all-time points for the five previous events by just four points over Matt Tanner. Barney was the winner of the event back in 2017 over King Ferry, N.Y.’s Mike Mahaney and Pennsylvania Posse member Lucas Wolfe.

Fonda, N.Y.’s Danny Varin is third on the all-time points list, after missing the inaugural event back in 2013 and 2019 winner Franek sits in fourth. Phoenix, N.Y.’s Larry Wight rounds out the top-five in all-time ‘Cole Cup’ points.

Sunbury, Pa.’s Mark Smith won the 2016 edition, his lone appearance in the ‘Cole Cup.’ Smith bested Varin and Hebing, who sits sixth in the all-time points.

The Patriot Sprints return to Utica-Rome for their second appearance of the season after joining the ‘New Yorker’ card back on Labor Day.

Marcellus, N.Y.’s Paulie Colagiovanni won the event which stood as the first Patriot Sprint Tour race at the Route 5 oval since 2006.

A full history of the ‘Cole Cup’ can be found at: https://www.uticaromespeedway.com/?page_id=3756