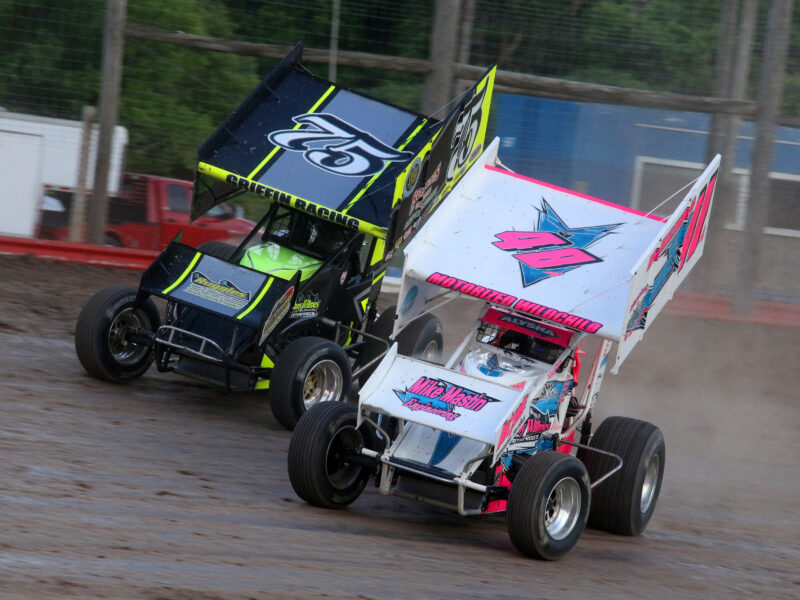 For the second time this season, the CRSA Sprint Cars join the Sunoco Modifieds, headlining a full night of racing this Friday (August 20).

The Sunoco Modifieds will race 30-laps around the ‘Home of Heroes’ as just three races remain in the season long championship battle for all of the regular Saturday night divisions.

The CRSA Sprint Cars are led to Utica-Rome Speedway by Altamont, N.Y., veteran Jeff Trombley, a two-time winner with the series this season. Trombley tops the standings over Josh Flint by 90 points.

In the most recent CRSA event at Utica-Rome in June, Alysha Bay picked up the victory over a stout 24-car field.

Savannah, N.Y.’s Matt Sheppard continued his season long dominance last week, driving to his sixth win of the season as his point lead in the Sunoco Modified division continues to grow.

Oneida, N.Y.’s Matt Janczuk has joined Sheppard on the dominant train, racking up his seventh win of the season in the Worthington Industries Crate 602 Sportsman division.

Alysha Bay was the winner the last time the CRSA Sprint Cars ran at Utica-Rome. Bay went wire-to-wire for her first career win at the Route 5-oval back on June 25 over a stout 24-car field.

The two sit just 24-points apart with Jim Normoyle being the next closest competitor, 98-points off Ballard’s pace.

Hackett picked up his second consecutive win and third of the season, closing DuMond’s lead to just 20-points with three races remaining.