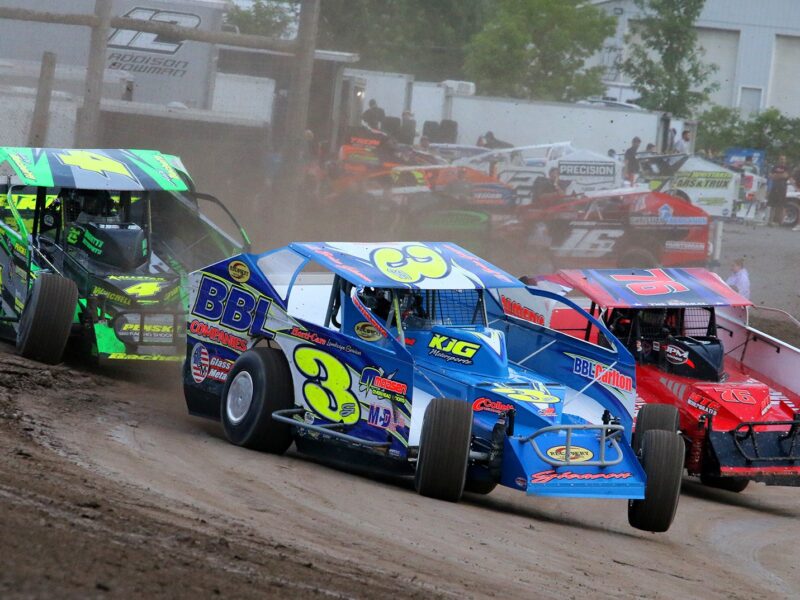 For $5, fans will see a full program of racing headlined by the Sunoco Modifieds roaring for 30 laps around the half-mile oval.

Also in action, the Senior Services Insurance All-Star Slingshots and D&S Landscaping Junior Slingshots will be in action on the inner oval.

With the Speedway Entertainment Slingshot Tour at another venue Friday, Slingshot competitors will receive show-up points this week.

Grandstand admission is $5. Kids 11 and under are FREE.