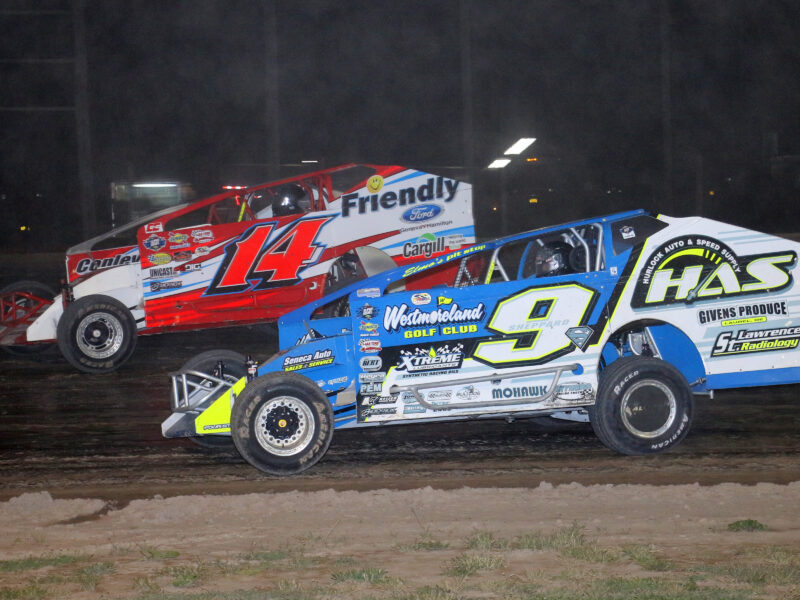 This Friday (July 2) Utica-Rome Speedway kicks off the Independence Day Weekend with a full slate of racing plus a huge fireworks display.

Parks Companies LLC presents the program with the Sunoco Modifieds competing for $3,500 to win for the second consecutive Friday.

The band Chasing Neon will perform live on the midway to kick off the holiday weekend when gates open at 5 p.m., with Big Frog 104.1 broadcasting from the speedway 5-7 p.m.

Savannah, N.Y.’s Matt Sheppard enters the night as the Modified point leader, having won each of the last two feature events. Sheppard had opened the season with three consecutive runner-up finishes.

Beau Ballard of Grand Gorge, N.Y. continues to set the pace in the Next Generation Graphix Pro Stocks division after a runner-up finish last Friday. However, his closest competitor Nick Stone picked up the win and closed the gap.

Justin Pope grabbed another win in the Cool Stuff Antiques victory, his fourth in as many attempts, continuing his point lead. Wayne Russell Jr. got his third Single Cam win in their portion of the event.

Kyle Fallis and Brett Putnam each have a win and runner-up to their names, tying them atop the Senior Services Insurance All-Star Slingshots standings. Colt Kimball has won both D&S Landscaping Junior Slingshot features to this point, giving him the point lead.