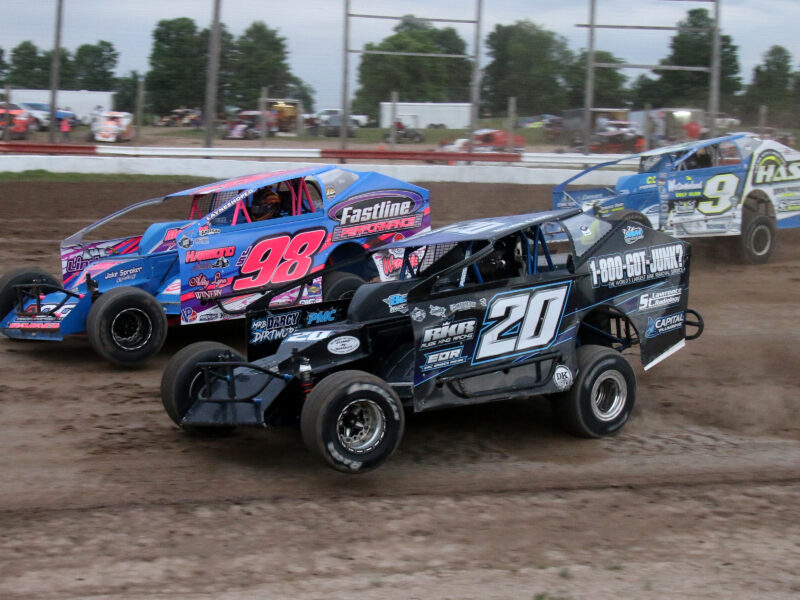 VERNON, NY – Another action-packed night of racing is on tap this Friday, June 18 at Utica-Rome Speedway in the ‘School’s Out Special.’

The Sunoco Modifieds take their headlining role and an increased pay to Friday night’s victor: $3,500 is on the line for the first to cross the finish line.

The ‘School’s Out Special’ 30-lap Modified will also serve as the 900th Modified event in the history of the ‘Home of Heroes.’

Matt Janczuk continued his dominant ways in the Worthington Industries Crate 602 Sportsman. The point leader picked up his third win of the season last Friday. Beau Ballard was the Next Generation Graphix Pro Stocks victor, claiming the point lead in the process.

Kyle Fallis and Brett Putnam are tied at the top of the Senior Services Insurance All-Star Slingshot points and Colt Kimball leads the way in the D&S Landscaping Junior Slingshots.