Racing Will Continue at Utica-Rome Speedway; Friday Nights Under BD Motorsports Media for 2021 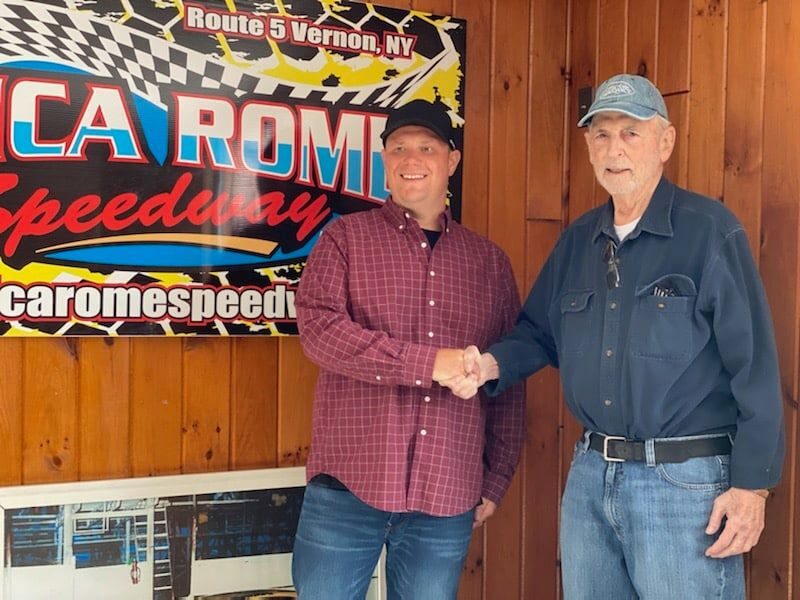 VERNON, NY – After a winter of uncertainty, the 2021 plans for Utica-Rome Speedway have become much clearer.

Speedway owner Gene Cole has turned over operations of the half-mile clay oval, motocross track and adjacent speedway club to Brett Deyo of BD Motorsports Media LLC. Cole had reassumed ownership of the Vernon facility following a six-year run by Bill and Kim Shea as the speedway’s promoters.

The historic ‘Home of Heroes’ will now operate on Friday nights in lieu of the longtime Sunday niche. Friday night racing is expected to get underway at 7:30 p.m., with hot laps at 6:45 p.m. to allow travel time for teams and fans leaving work.

Cole hopes the new promoters can carry the speedway into the future.

Both American Racer Tires, through Lias Tire of Indiana, Pa., and Sunoco Race Fuels via Insinger Performance of Dushore, Pa., will service the speedway.

The new Utica-Rome Speedway management team will consist of Jamie and Denise Page of Bainbridge, N.Y., the current General Managers at Fonda Speedway and past promoters of I-88 Speedway in Afton, N.Y., and 25-year-old Chris Moore of Smyrna, Del., who will relocate to Vernon for race season. Moore will also serve as the announcer at both Fonda and Utica-Rome.

Regularly featured divisions will include Modifieds, Crate 602 Sportsman, Limited Sportsman, Pro Stocks and Four Cylinders with other classes expected to be included during selected events.

The ’21 season will get underway in May following a pair of Open Practice sessions.

In addition to Utica-Rome Speedway points, a ‘Thunder on the Thruway’ mini-series will be contested between Utica-Rome and Fonda speedways in the Modified, Crate 602 Sportsman and Pro Stock divisions.

Both the Modified and Crate 602 Sportsman divisions will be eligible to compete for the American Racer Cup presented by Sunoco cash awards and complimentary tire certificates.

A tribute to the late Richie Evans and a return of the New Yorker event are expected to highlight the ’21 Utica-Rome schedule, which will be released in the coming weeks.