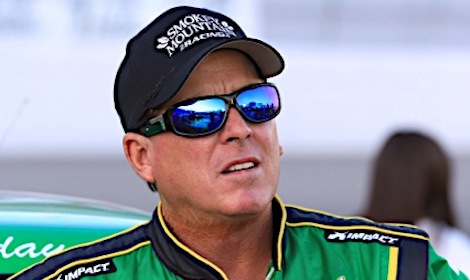 VERNON, NY-With the Super DIRTcar Series making its first appearance since the 2003 season, an added attraction will come in the form of an appearance of NASCAR star Ron Hornaday. The California native has amassed an impressive record while racing in NASCAR’s top three circuits.

Ron Hornaday started to become a household name in NASCAR with the fledging Camping World Truck Series when he was signed by Dale Earnhardt, Inc. in 1995. Since then, he has amassed and impressive 51 Truck victories along the way over 17 seasons. He also was the Camping World Truck Series champion on four occasions in 1996, 1998, 2007, and in 2009. Hornaday has also raced in NASCAR’s Sprint Cup and Xfinity Series, also nabbing another four wins in the Xfinity Series. Always popular with the fans, Hornaday was also named the Most Popular Driver in the then Craftsman Truck Series and another in the since renamed Busch Series.

The stars of the Super DIRTcar Series will also be on hand as the series returns to the Utica-Rome Speedway after a 12 year absence. Track regular and the series point leader Matt Sheppard looks to use his knowledge of his weekly Sunday night home to his advantage. Coming off his recent $10,000 Victoria 200 victory at the Vernon oval, Sheppard hopes to remain red hot and claim the $6,000 win. The series’ most recent winner Danny Johnson sits in the second spot in the standings with Billy Decker and Jimmy Phelps in third and fourth. Fifth place point man Brett Hearn hopes to exorcise the demons that have plagued him since his last Utica-Rome Speedway win in 2011. UR regulars Tim Fuller, Pat Ward, and Larry Wight hold down the next three spot in series rankings with Billy Dunn, Matt Billings, Mat Williamson, and Erick Rudolph rounding out the top 12. Defending multi-time track champion and all time feature winner Stewart Friesen is 14th in the standings and is another one that hopes his familiarity with the track will begin his run to the top of the standings.

The full fender class of Pro Street Stocks will also be competition for a special $500 to win, $100 to start event.

For more information including pricing, full schedule info, point standings, and more please log on to www.uticaromespeedway.com. The office number is (315)829-4557