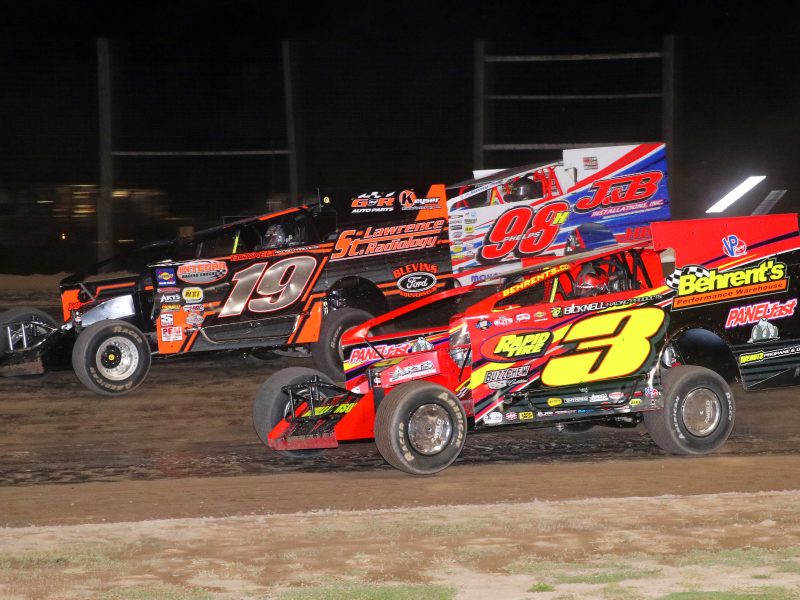 The Bob Hilbert Sportswear Short Track Super Series (STSS) Fueled By Sunoco newly introduced ‘Elite’ Series resumes with Round No. 3 at the ‘Home of Heroes.’

F.X. Caprara Car Companies presents the ‘New Yorker 50,’ as the STSS big-block/small-block Modifieds race for 50-laps in pursuit of a $25,000 top prize.

Godown was the winner of the inaugural ‘Elite’ Series event, claiming the $25,000 victory at Cherokee Speedway in Gaffney, S.C. back on February 26.

McLaughlin boasts two top-10 finishers in the pair of ‘Elite’ Series races, including a runner-up finish in Round No. 2.

The 50-lap affair will also carry points towards the River Valley Builders North Region $15,000 championship chase. The events will represent Round No. 8 of the North Region, with Matt Sheppard leading Mat Williamson by 60 points headed into the ‘Elite’ event.

Two days prior to the ‘New Yorker 50,’ Utica-Rome Speedway hosts its championship night on Sept. 2, making it a full weekend of racing at the Route 5 oval.

The entire night of racing, along with every STSS race in 2022, will be broadcast LIVE on FloRacing (www.floracing.tv).